Is a Chinchilla the Right Pet for Me?

Chinchillas are fantastic pets, but they aren’t for everyone. They can be difficult to care for if you don’t know what you’re doing; but at the same time, they’re fluffy, smart and fascinating to take care of. Let’s find out whether a chinchilla is the right pet for you: why it might be, and why it might not be.

Because chinchillas are exotic, they’re more difficult to care for than other pets. They have exacting requirements that you might not expect! For example, you can’t get them wet, as their fur is so thick that it can’t get dry easily. It could even die if it gets wet enough, which is why chinchillas bathe in dust instead.

Another aspect of this problem is that vets for exotic pets are more difficult to come by. And if you can’t get your chinchilla an exotics vet, your regular family vet might not have the experience with them to spot common conditions that affect them.

Pet shop owners can similarly give bad advice which applies to other rodents, but not to exotic chinchillas. Because they aren’t familiar with chinchillas, they can suggest the wrong kind of food, or the wrong size cage, so it’s difficult to know where to turn for advice. 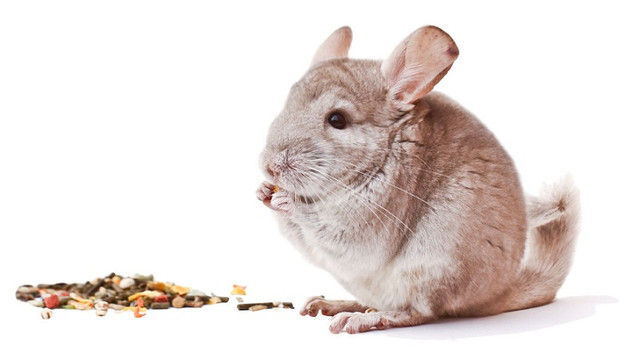 Chinchillas Have the Softest Fur

On the other hand, cuddling a chinchilla is great fun because their fur is softer than that of any other animal. For comparison, two human hairs grow out of every follicle; but chinchillas have 80 or more hairs per follicle, making their fur dense and soft to the touch. But then again, you have to be careful when cuddling them, because chinchillas have delicate bones! Other things to bear in mind include:

So, is a chinchilla the right pet for you? There’s no easy answer. The best thing to do is to head to a pet store (like PetSmart, although others are available) and spend time with one. Then let your heart decide!