Bartosz Beda is a Polish-born artist who lives and works in Dallas, Texas. He is considered as one of the Dallas artists who explore political and social issues in his work that reveal themselves in unspoken meanings. Paintings by Bartosz Beda often have educational aims that reflect on recent governmental and cultural matters.

Beda believes that through his paintings, he exposes on canvas intellectual puzzle of the internal social disagreement of existence and hope and his struggle as well. 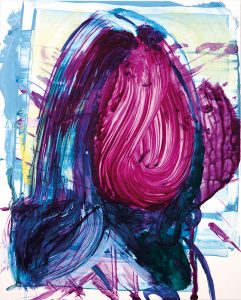 When a viewer explores and approaches Beda’s artworks, they are drawn into a state of fear, love, anguish, and other human sensations in conflict. Beda, through his paintings, says that there can be no triumphant end to the search for comfort, no matter how much we might desire for it. Conclusively, the illusion of the search is an absurdity, or so he thinks these paintings discover.

Beda, who now considers himself as one of the Dallas artists, has been shortlisted for The Door Prize, Title Art Prize, and The Saatchi New Sensations 2012. He won the esteemed Towry Award for the Best of the North of England in 2012. In 2014, Beda was shortlisted for Italy’s Combat Art Prize, won second prize for the exhibition called Viewpoints 2014 at Aljira, a Center for Contemporary Art, in New Jersey, and was nominated a finalist for the Williams Drawing Prize, Connecticut. He was interviewed and highlighted in The Financial Time, The Guardian, The Independent, and many others.

In addition to solo exhibits in Spain, Colombia, the UK, Germany, Poland, Beda has shown his paintings in group exhibits throughout the United States and abroad.

Top 5 Activities you Can Enjoy in France This Winter

Signs You Need an Osteopath in Singapore

5 Factors to Consider Before Getting a Master’s Degree

COMMON SOLUTION TO CARDIAC HEALTH ISSUES FROM A TRUSTED SOURCE