There are places on earth, where people visit and forget. Then there are those destinations that linger in your memories for a lifetime. These are the kind of places where honeymoons are spent, where love stories are made, and where everything negative is cast aside. Komodo island is one of those places on earth that leaves you in awe of the beauty of our planet in its raw, unedited form.

Set in the breathtaking Sunda chain of the Indonesian archipelago, Komodo island is one of the top tourist destinations in South-East Asia. It’s widely known for its giant Komodo dragon lizards but has so much more to offer for the lucky few that get to pay a visit. Here are 5 things that make Komodo Island so special hence a tourist magnet.

Komodo island is also famous among divers. The coral reefs and calm waters around the islands are home to over a thousand unique species of fish and other marine life. The diving industry in Komodo’s shores is open all year round; there is no bad time to visit the island. You can either fly into the island or better yet, join a cruise on the Phinisi ship operated by the Komodo dive resort that will take you around the island.

Did you know that Komodo Island is one among only seven other islands in the entire world with a pink sand beach? The pink sand is a huge tourist magnet; it’s truly beautiful up close, you can only appreciate its uniqueness when you set foot on the island. This aspect alone makes a holiday in Komodo Island an unforgettable and yes, Instagrammable experience (why not 😊).

Visiting Komodo Island isn’t just about the sandy beaches and coral reefs. The Komodo national park is a world heritage site where visitors can explore and witness the island’s breathtaking landscapes and biodiversity. From the red volcanic hills to the patchy savannah forests, mangroves and large bird population. The small island is home to over four thousand bird species and over twenty-five endangered species. The park has been a UNESCO world heritage site for over two decades and is considered a new 7th wonder of nature since 2011.

Komodo Island is home to about two thousand native people with a unique culture and lifestyle. Visitors to the islands get to interact with the only people on earth that live among dragons. The ethnic Bugis fishermen have managed to live among the carnivorous dragon lizards for thousands of years. Explore their unique architecture that consists of huts balancing on stilts and get to know them. There is no shortage of souvenirs to be gathered and bought on the island. Shopping isn’t really a thing in Komodo but you can purchase local items, totems and other paraphernalia in the local markets.

Komodo island has one more treat for the lucky few that get to swim in its waters; the curious manta ray. The manta ray is a wide (almost 7 meters in diameter) species of fish found in the shallow waters around Komodo island. Just like dolphins, manta rays love getting up close with divers and swimmers in the water. Don’t worry about getting hurt, manta rays are harmless creatures.

Komodo Island is one genuinely unique destination and one of the few remaining gems in Southeast Asia.  Anyone looking for a place to spend their honeymoon or vacation in this region should add Komodo Island to their wishlist. Bon Voyage and stay safe from Komodo the dragon lizard! 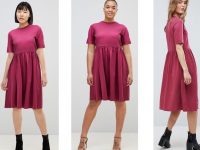 Looking For Formal Dresses in addition to Sizes 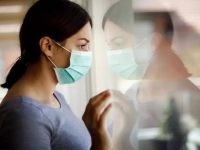 How To Deal With The After Effects Of Covid-19 Infection 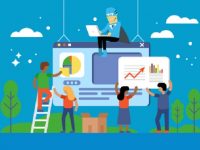 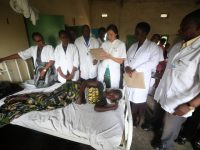