Yes, you can choose the iconic diamond engagement ring, largely responsible for the success and all the admiration that surrounds the diamond. There are various famous designs. You can choose solitaire diamond engagement ring, which gives full prominence to a central diamond, has become practically synonymous with marriage proposal. Without a doubt, when thinking about diamond ring, the vast majority of people imagine a solitary ring in their mind.

It is important to understand that the most subtle color difference can greatly increase the value of a diamond. However, there are diamonds known as Fancy, which present different shades because of the presence of some chemical toning elements in their composition. This type of diamond is quite rare: only 1 in 10,000 diamonds has a special shade considered desirable. These diamonds can appear in almost any shade. Red, green, purple, orange, pink and blue diamonds with vibrant hues are considered rarer. And, therefore more valuable. Yellow, brown and black diamonds are more common and are often less valuable. However, currently, the most expensive color is blue.

Diamond fluorescence: is it costly?

Did you know that some diamonds can shine when exposed to black light? Some people appreciate this phenomenon, while others do not like the light that a diamond with this property can emit. However, this feature has a little effect on the appearance of a diamond and can have a major impact on its value. Below, we have gathered some questions and their respective answers so that you can understand a little better what is this optical phenomenon that occurs in diamonds.

When exposed to ultraviolet light, these stones can emit bluish light. And, in some rare cases yellow or orange light. Diamonds seen under UV light and the same diamonds seen under conventional light in increasing order of intensity of light emitted. In a GIA certificate, fluorescence refers to the intensity of the light that the diamond emits under long-wave ultraviolet rays. It can range from none to very strong.

Does that mean that a diamond can glow in the dark?

No. It is important not to confuse two luminescent phenomena that are different: fluorescence and phosphorescence. Phosphorescence is the ability of some chemical elements to emit visible light in an environment free from radiation. That is, to glow in the dark (as long as there is prior exposure to a light source). In fluorescence, the chemical element is capable of emitting visible light (as long as it is inserted into an environment that presents an ultraviolet light source). In short: once the light source is removed from the environment, the fluorescence of the diamond that exhibits this property will be interrupted.

Why some diamonds are fluorescence?

The probability of finding pure carbon diamonds, colorless and free of other chemical elements is almost nil. As it is natural that some are absorbed by the gems over billions of years of interaction. There are three chemical elements that cause fluorescence when present in diamonds: Aluminum (Al), Boron (B) and Nitrogen (N).

Is fluorescence common in diamonds?

Round shape diamond: most popular cut

Round shape is considered to be the most prominent diamond cut. It represents 75% of total diamonds in the market. It is that classic shape that comes to your mind when you think of diamonds. The round shape is generally superior to other cuts, presenting greater brightness, since its characteristics are designed to maximize light bursts. The round shape, due to its peculiarities and demand, is usually more expensive than other shapes. Thus, cut diamonds such as oval, pear, marquise and princess tend to be sold at a lower price than the classic round shape.

In the end, fluorescence is just more of a feature of a diamond. It is not a quality, much less a defect. Since this property subjectively interferes with the appearance of the diamond. You may perceive fluorescence as something positive or negative, but as stated above, you will probably not be able to differentiate a diamond that has fluorescence from another that does not. 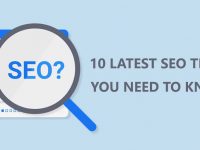 All you need to know about new trend of SEO 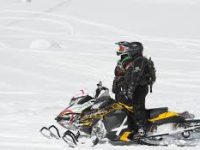 Have You Rented Out A Snowmobile? 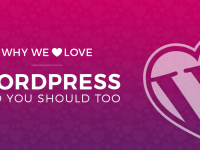 Why do You Need to Find a Company For WordPress Website Development?

When should you put up a fence?

Top 6 Characteristics of High-Quality Kitchen Cabinets From A Manufacturer